Pound strengthens after “No” vote

Home/Banking, Foreign Exchange, International/Pound strengthens after “No” vote
Previous Next

Pound strengthens after “No” vote 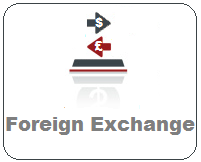 As per Moneycorp Rate Alert:

“The pound has reached a two-year high against the euro and rose against all major currencies this morning, as Scotland voted against independence.

Overnight Scotland voted to remain as part of the United Kingdom with the result in Fife confirming that the “No” campaign had won. As a result we have seen the pound strengthen across the board peaking at 02.24am this morning. Since then it has lost a little ground, remaining at its strongest level in more than a fortnight against the dollar, and close to a two year high against the euro.

Moving ahead we can expect the focus in currency markets to return to macroeconomic factors, namely who will be first to raise interest rates and when that will happen. The UK remains the front runner with Q1 2015 looking likely to be the timing of the first hike.”

Planning your foreign exchange deals is very important, especially during the times of uncertainty. We can assist with choosing the right forex provider and you will be able not only to do spot deals, but also plan deals ahead and book rate.

Do not hesitate to contact us and we will assist immediately

This site uses Akismet to reduce spam. Learn how your comment data is processed.